Third chapter of The Labyrinth of Flame is up

Got back from Australia yesterday. I'm still stumbling around in a haze of jetlag and dreading what fires have sprung up at the day job while I've been away - if I remember right, there's yet another huge deadline at the end of this month, gaaah - but as I am still technically on vacation until Monday, that means I get to ignore day jobbery and focus on writing today, wheee! For those of you who've been waiting for your next fix of The Labyrinth of Flame, good news - Chapter 3 is now up.

In other good news, I'm on track to finish this draft by the end of the month, and I'll soon be hip-deep in preparations for the kickstarter in February.  Exciting stuff!   It's been really cool to see Labyrinth of  Flame get a few mentions on anticipated books of 2015 lists, like this one at Fantasy Cafe, and in this mind meld at SF Signal.  2015 looks to be quite an awesome year in books, actually. Just check out all the enticing descriptions on this detailed list from Lady Business, not to mention all the other great lists the post links at the bottom.

I'm dying to talk about my favorite books of 2014 and my own anticipated reads of 2015, but I think I'm going to have to be fashionably late with those posts. Gotta focus on finishing Labyrinth of Flame's 2nd draft!  So until then, hope you all have a wonderful January. You'll be hearing lots more from me in February when it's kickstarter time, I can assure you.

Email ThisBlogThis!Share to TwitterShare to FacebookShare to Pinterest
Labels: Kickstarter, News, The Labyrinth of Flame

Happy New Year from down under!

Happy New Year everyone! Which I get to say a little early as we're currently in Sydney, visiting my husband's family and friends and having a blast.  I've been to Australia many times before (think this is my 7th trip), but I had never seen Sydney's NYE fireworks.  This year my husband and I splurged and got tickets to a dinner-and-fireworks event at one of the best viewing areas (Mrs. Macquarie's Point).  Totally worth the $$ - we didn't have to stake out a spot 24 hours early or wait in huge lines or anything, just show up and enjoy the incredible view.  My husband had always told me Sydney's fireworks extravaganza is one of the best in the world - far better than anything he's seen in the US - and wow, he was right.

There are actually two displays - one at 9pm that's considered the "family fireworks" and is centered in Darling Harbour but still involves the barges in the harbour and the bridge:

After that is a "parade of lights" involving ships:


While everybody hangs out waiting for the big show at midnight:
The big show is indeed big - feels like fireworks are going off from everywhere!  The effects on the bridge are the neatest part.  My particular favorite was this "golden waterfall" effect: 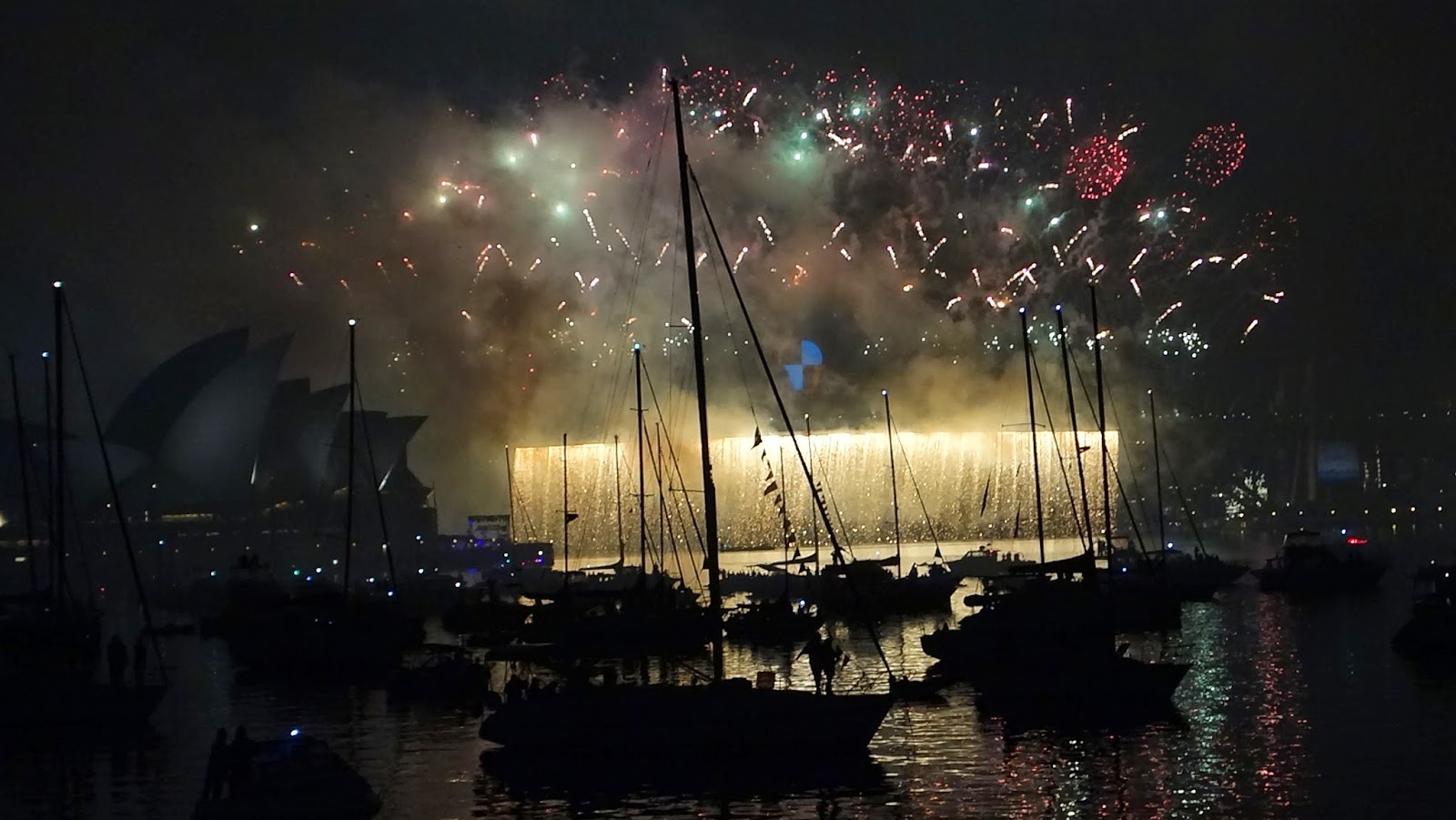 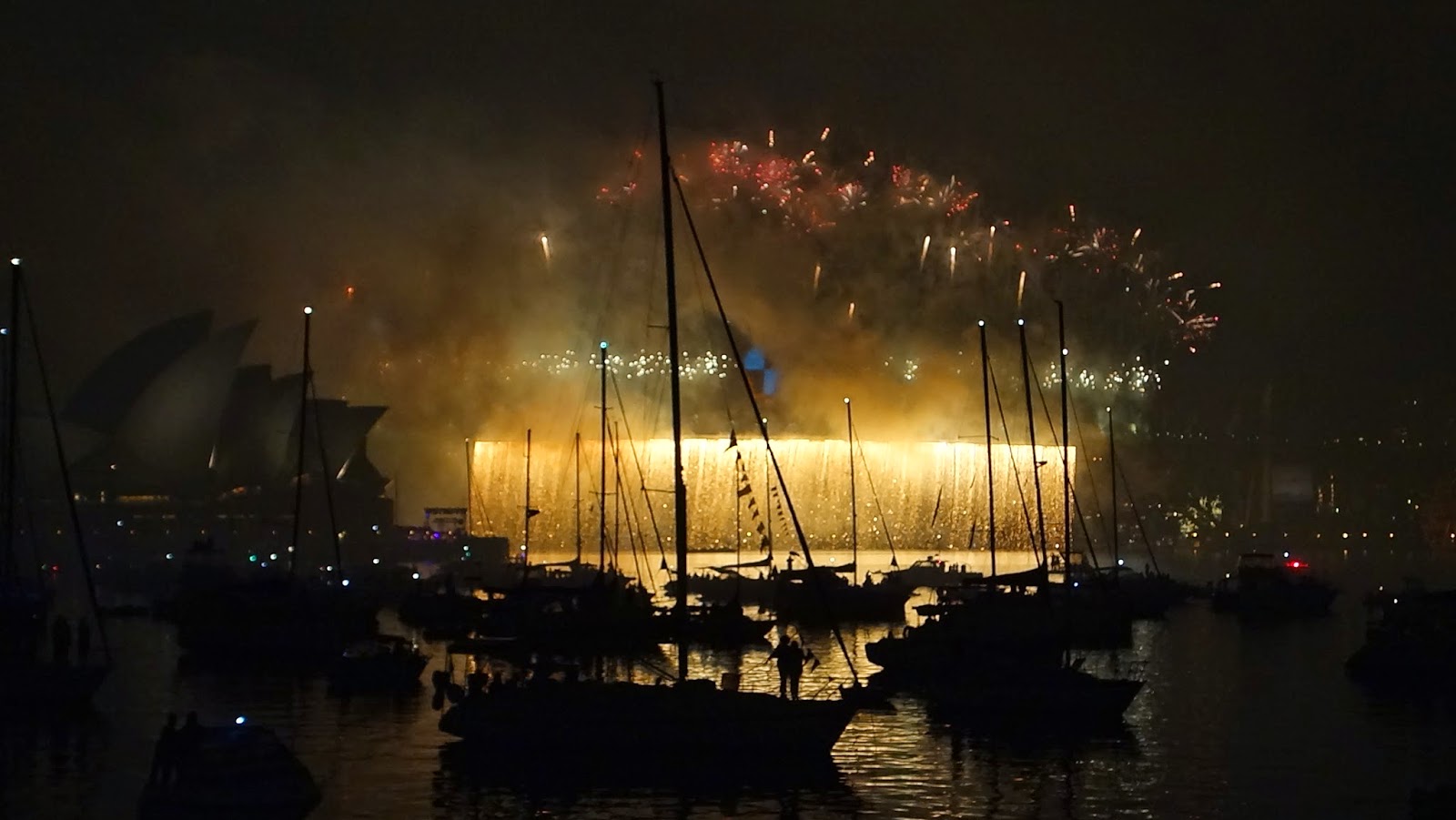 Though really, anything involving the bridge was cool 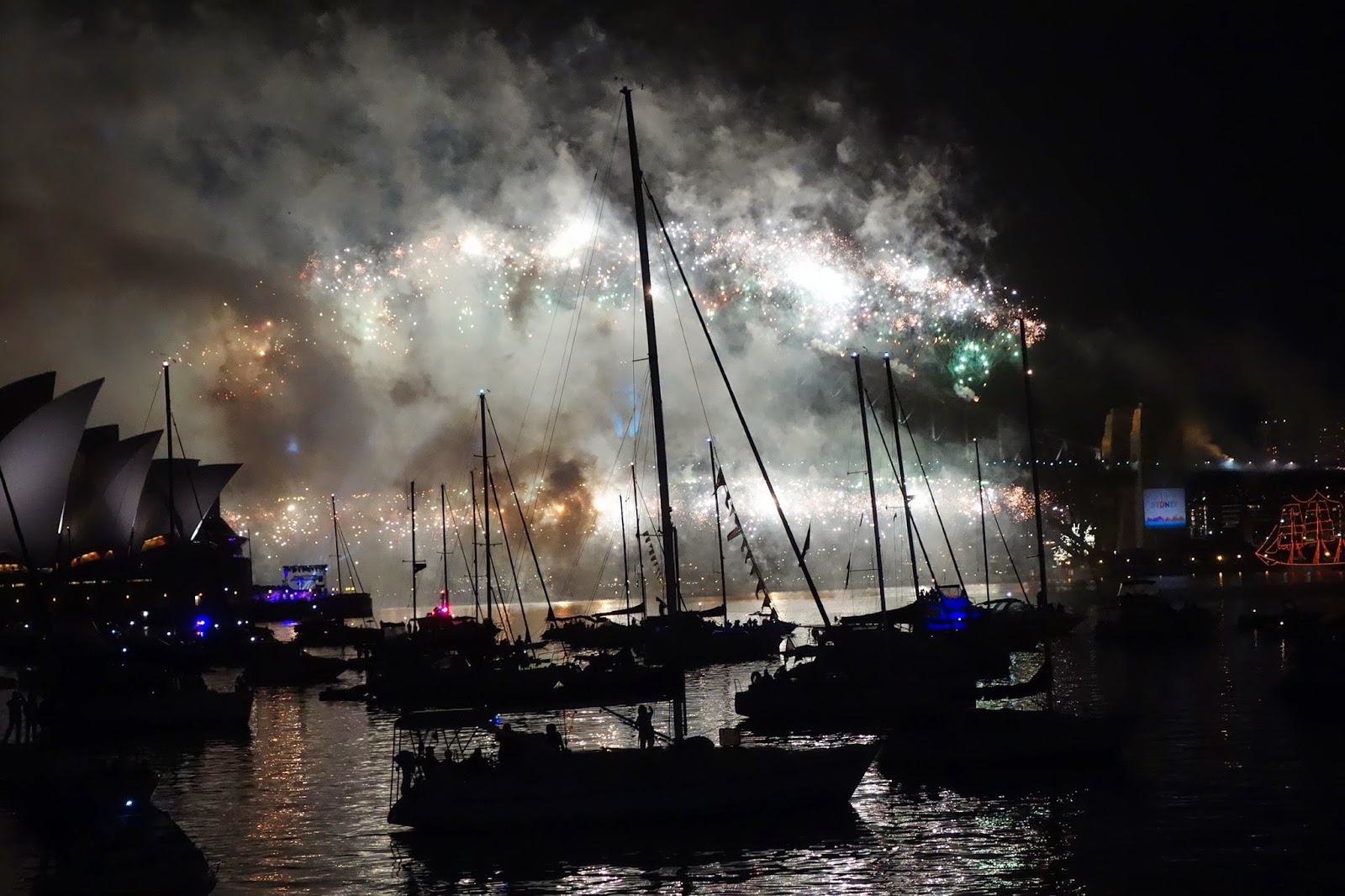 And the finale had so much going on my poor little camera was unable to capture it in any detail! 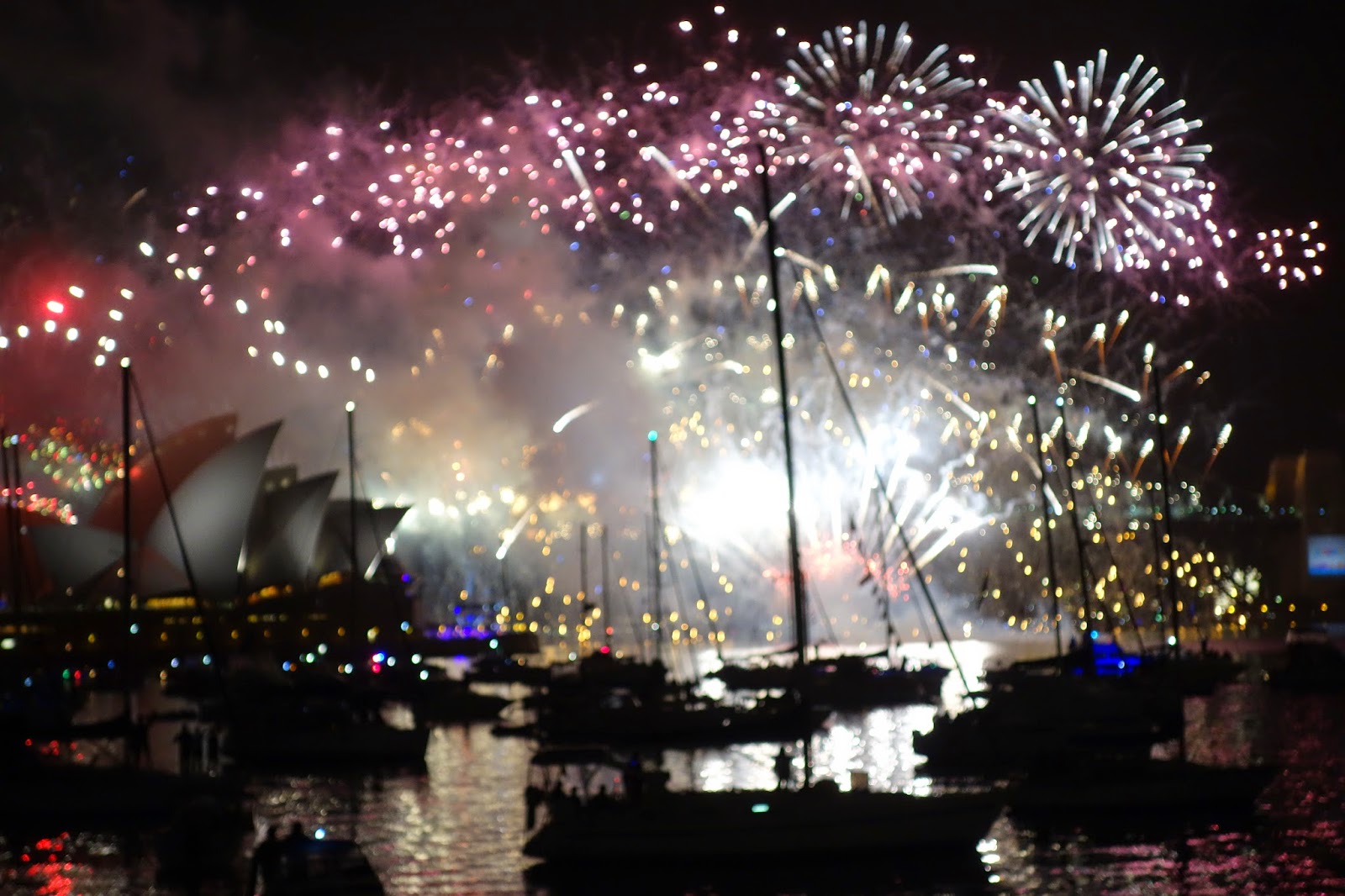 It was a most excellent way to end the year.  We've been having plenty of other fun in Australia, too - hiking in the Blue Mountains, climbing Mt. Kosciuszko in the Snowy Mountains, and enjoying Sydney's lovely beaches - but I'll leave those pics for some Thursday Adventure posts later on.  Besides, we're not done having fun yet.  Still have another week before we head back to Colorado (which I hear has been getting plenty of snow while we're away - I'm looking forward to some excellent skiing once we're back!).

Far as writing goes, I'm still inching onward toward finishing my revision of The Labyrinth of Flame in between various adventures.  Once back, I'll post the 3rd chapter online, and then it'll be kickstarter time in February! I'm so excited to get this book into your hands.  Here's to a 2015 filled with awesome reads and adventures for all!