News on the release of The Labyrinth of Flame

A lot of you have been waiting a long time for news about the release of the third and final book in my Shattered Sigil trilogy, The Labyrinth of Flame.  Ever since Night Shade Books (publisher of the first two novels) nearly went bankrupt last year and got bought out, I've had people asking about the book's status and my plans for release. Finally, I've got something to share.

On the advice of my agent, I've decided to put out The Labyrinth of Flame myself rather than seeking traditional publication for it.  This isn't for monetary reasons.  I'm lucky in having a day job that I love, so I don't care much about my royalty percentage or anything like that.  Ordinarily I'm all about traditional publishing, because I'd rather write (or skate, or ski, or climb mountains) than do book production.  But in this particular case, when my agent and I reviewed options, I ended up deciding that self-publication was the better path for Labyrinth.  Why?

1) I can get the book out to you faster.  Traditional publishing has long, looooong lead times.  This book's taken me long enough to write; I don't want you to have to wait another year or more to read it after I finish revising it.

2) I can make sure the look and quality of the book matches the first two.  I know those of you who buy physical books often prefer to have books in a series be a "matched set."  I've already talked to the cover artist for the first two novels (David Palumbo) and one of the previous cover designers (Martha Wade), and they are willing and able to do cover work for Labyrinth.  Similarly, I intend to hire an interior designer, editor, copyeditor, etc, so that the quality of this third book will be equal to the beautiful editions that Night Shade put out for the first two.

3) I plan on doing a Kickstarter to fund the production work, which means I can potentially offer all sorts of fun bonuses.  Related short stories! Interior art! Maps! (Not sure what a Kickstarter is?  Check out these examples from fellow authors Brad Beaulieu and Michael J. Sullivan.)

The plan: first and foremost, I've got to finish my revision. At my current rate of progress, I'm hoping to have the book done by summer's end.  Assuming that happens, I'll run a Kickstarter in the fall, probably mid-October.  Ebook versions of Labyrinth would be sent to backers as soon as the editing and file conversion process is complete - say, a month or so after the Kickstarter finishes.  Print editions will take a little longer to produce and ship.  (How long depends on printer scheduling, whether or not interior art is added, etc - but say on the order of 2-3 months after the Kickstarter finishes.)  After all the print copies are shipped, I will officially release the book on the various online retailer websites (Amazon, B&N, etc).

So. Sometime this winter, I hope you'll be enjoying the conclusion of Dev and Kiran's story at long last.  Oh gosh, I'm so excited about this book, you all.  If you get even half as much entertainment out of reading it as I have in writing it, that's all the success I could ever want as an author.

In the meantime, if you want to stay updated on the book's release - see the cover art when it's ready, get notified when the Kickstarter begins, stuff like that - be sure and shoot me an email at courtney (at) courtneyschafer (dot) com, and I'll put you on my Labyrinth of Flame mailing list.

Posted by Courtney Schafer at 1:00 AM 15 comments:

Email ThisBlogThis!Share to TwitterShare to FacebookShare to Pinterest
Labels: Kickstarter, News, self-publication, The Labyrinth of Flame

The Tainted City (a.k.a. Stadt der Magier) releases in Germany

Die Chroniken von Ninavel continues in Germany, hooray!  Today's the release date for Stadt der Magier ("City of Mages"), the German edition of The Tainted City.  Hope German readers enjoy it as much as they seem to have Die Blutmagier ("The Bloodmages") / The Whitefire Crossing.  I'll admit I have fun practicing my (rusty) German by reading the occasional blog reviews auf Deutsch that Google alerts sends to me. 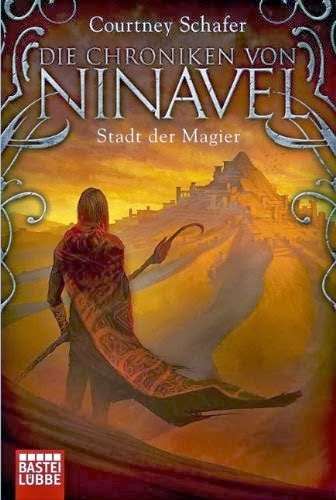 In other news, Reddit's r/Fantasy forum put together a 225-book ranked list of "Under-read and under-rated fantasy", which also got featured on Tor.com - and The Whitefire Crossing is #3.  Sweet!  Seriously, it's great to know that those who've read my book feel strongly that more people should read it. Whitefire is in some pretty stellar company there, too. If you're looking for great fantasy to read, the list is a terrific resource.  My own TBR pile has sure gotten a heck of a lot longer.

In other other news, I'll be making an announcement soon about plans for The Labyrinth of Flame's release (at long last!) - so stay tuned.  And now, back to revision I go...

Posted by Courtney Schafer at 12:00 AM 3 comments: 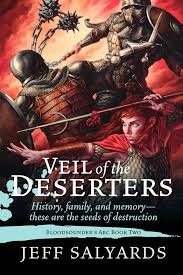 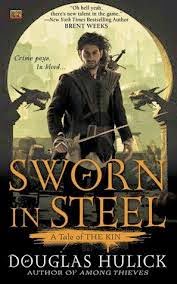 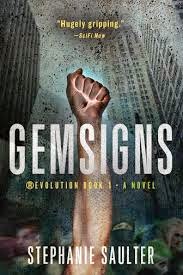 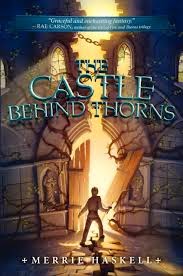 Others releasing in May that I'm adding to the TBR pile: Trudi Canavan's Thief's Magic, Michael J. Martinez's The Enceladus Crisis, Brian McClellan's The Crimson Campaign, and Will McIntosh's Defenders.
Posted by Courtney Schafer at 3:14 PM 2 comments: