State of the Schafer: 2019 in Review (Picture Edition)

Happy New Year, everyone. We just got back from spending Christmas with family in Sydney, Australia, where thanks to the worst bushfire season in living memory, the sky mostly looked like this:

We were lucky during our visit. Our arrival before Christmas coincided with a cool front that pushed smoke away from Sydney and allowed firefighters in the Blue Mountains the chance for vital defensive work. But the day we left, on New Years Eve, conditions worsened again as high winds fanned the flames. Homes are burning, people have died, thousands are stuck without power or safe exit routes--and the only thing capable of stopping the fires for good is heavy rain, which forecasters say likely won't arrive until February.

But Australia has always had fires in summer, some people protest. Yes, they have. But thanks to the changing climate, this year's fire season is far longer, hotter, and drier than in years past. Nor are controlled burns the solution--as this well-researched article explains, the situation is complicated. Plus, during extreme heat and wind, the amount of available fuel makes only a small difference to a fire's intensity; the primary driver is weather.

Even 2000km away in New Zealand, we're feeling the effects. I woke up this morning to a sky so yellowy-orange I thought for a second we were still back in Sydney. Nope. It's just Australian smoke pouring across the Tasman Sea to blanket us.

Nor is this the only sign of changing climate we've faced here in NZ. While Australia is predicted to get hotter and drier, NZ's South Island is predicted to get warmer and wetter. We had a taste of what that might be like this spring, with epic amounts of rain leading to flooding that destroyed bridges and roads and briefly cut off the entire lower half of the South Island from the rest of the country. We're okay here in Hawea, where the town is on a hill well above lake level, but Wanaka isn't so lucky.

At least the government in New Zealand is trying hard to anticipate climate impacts and address them, as well as reduce the country's emissions, with all political parties coming together to vote for the Zero Carbon bill despite disagreements.

The most depressing part about the Australian fires is that this terrible season isn't a surprise; scientists have been sounding alarm bells for years. But the Australian government, like the current US government, has prioritized short term economic gain over everything else. Even now, the prime minister insists he won't change policies. The New South Wales government has at least agreed to compensate volunteer firefighters for their loss of earnings while fighting fires in dangerous conditions for weeks on end with no finish yet in sight. Hopefully other regions of Australia will follow that lead.

On a larger scale, I guess paying the cost is all we can do, if governments continue refusing to address the root cause. But governments are put in power by people, and I hope with all my heart that in 2020 more people will understand the stakes we face and vote accordingly. It's too late to stop the climate from changing, but it's not too late to limit the worst effects.

Perhaps it's both the blessing and the curse of humanity that we're so good at focusing on the here and now. There is always light amid the darkness, and savoring the small joys of everyday life is what keeps hope alive.

Looking back over 2019, despite all the horrifying developments in world politics and climate, I have a lot of good memories to savor. We visited a bunch of cool places in New Zealand I hadn't seen before, like the wild southern shores:

and the busy, beautiful city of Wellington (SFF fans and authors, you definitely want to come down here for WorldCon in August!):

Plus we visited the cozy homes of Hobbiton in Matamata:


and the lovely alpine scenery near Glenorchy and Kinloch:

not to mention the incredible Milford Sound in Fiordland:

In late September, I took my son to visit family and friends in the US, where we saw Hogwarts Castle: 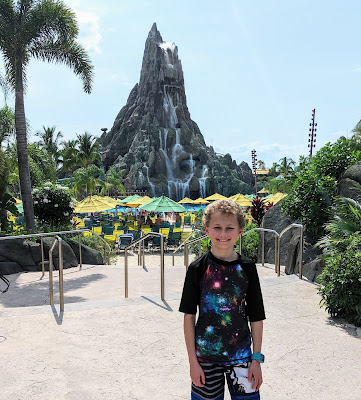 Plus took a cruise in the Caribbean with my mom and brother:

While in the US, we visited familiar, much-beloved haunts:


And also enjoyed some new adventures:


Back in New Zealand, we spent plenty of days enjoying Lake Hawea, just steps from our front door. 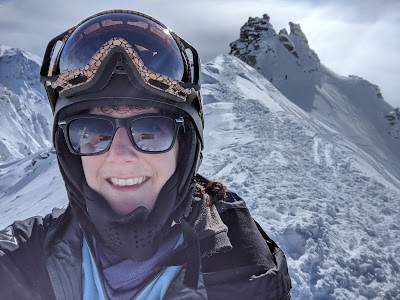 So did my son, who's good enough now to ski the infamous Motatapu Chutes with panache.

He also took up trampolining, and competed for the very first time, which is pretty darn cool. He's excited to progress further in 2020. 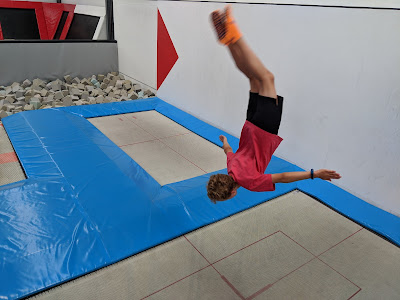 I, meanwhile, returned to figure skating--a lot more cautiously than I'd like, thanks to my aging back, but I've been delighted to find I can still jump and spin. I'm training for my first competition in over ten years, eeek! (The NZ Masters Games in Dunedin in February of 2020.)


But Courtney, what about writing? you may ask, assuming anybody's still reading this extremely long post. Where's your next book?

All I can say is that I'm still working on it. Or rather, working on them, plural. I've still got The White Serpent novella and short stories in the works--Tales from Ninavel, I'm thinking I'll call the collection as a whole. Plus, I'm still plugging along on my new fantasy adventure, The Dreaming Sea.

I'm bummed that I didn't publish anything in 2019, but I also don't want to put out anything less than the best I can write. I ran into a couple roadblocks toward the end of the year, on both projects, and realized that I need to correct course, which means revising and rewriting. But I've got a path forward, and I mean to use it. I may not be a fast writer, but I get there in the end. I definitely will attend WorldCon/CoNZealand in Wellington in August, so readers and fellow SFF fans, I hope to see you there.

Really, that's the biggest one. But okay, I've got a few more plans and dreams:

2) Compete in Adult Gold figure skating at NZ Nationals, assuming my back holds out
3) Complete a coding project I've been working on: a fantasy book recommendation algorithm that uses book content/theme/style rather than sales information to produce results
4) Formally open a consulting company here in NZ for my algorithm work
5) Find ways to contribute to climate change solutions
6) Keep exploring NZ's amazing landscapes with my son and husband

So, yeah. Busy year ahead. But exciting, too. Best wishes to all of you in 2020--let's hope this year becomes the start of a better future for everyone.