And in more general SFF news, if you haven't already checked out the list of nominees for this year's Nebula Awards, you should!  Some great reads there.  I'm particularly excited to see N.K. Jemisin's The Killing Moon on the slate for Best Novel.  That was one of my favorite reads last year.  Similarly, I'm delighted to see Rachel Hartman's Seraphina and Holly Black's Black Heart on the list for the Norton award for Best YA Novel.

And...that's about all I've got.  Day job plus working on a Sekrit Group Author Project (soon to be revealed!) has been keeping me very, very busy.  But fear not, I have not been neglecting Labyrinth of Flame. (Just finished a tricky chapter that was giving me fits for ages...hooray for moving on in the story!)  Oh yes, and I'm pleased to report that at long last, real snow came to Boulder, and my son got to build his very first igloo (well, with a lot of help from his daddy):

The Next Big Adventure

You may have noticed the lack of a Thursday Adventure post this week.  This time I have the best excuse of all: this week I've been busy planning and booking the Schafer family's next big vacation.  And yep, this vacation's a serious getaway: we're heading back to Australia to spend quality time with my husband's family and friends.  It is truly quality time, because my husband's parents are awesome.  They cook us delicious meals, treat us like royalty, adore playing with their grandson, urge my husband and I to run off and hike in the Blue Mountains, even offer us the use of their campervan to go on a family wilderness adventure...seriously, Best Grandparents Ever.  Plus, Australia is just gorgeous.

This time we're trying something new: instead of flying Denver to LA to Sydney as we've done in the past, we're flying Denver to Honolulu to Sydney.  Not only will that break the long flight up into slightly more manageable chunks (the memory of the 15 hour LA-Sydney flight with our then-18-month-old son still makes me shudder!), it'll give us the chance to stop over for a few days on Maui on the way home.  My husband's never been to Hawaii, so he's excited to have the chance to visit.  I've been once before for a 2-week scuba diving trip and enjoyed the heck of out it, especially the time spent on Maui, so I look forward to going back.  (I really want to visit Kauai and hike the Na Pali trail, but that's gotta wait until our son's old enough for serious backpacking.)

No, I won't tell you when we're going...but suffice it to say, the trip's happening sometime this year, I'm ridiculously excited about it, and I'm sure it will generate tons of new Thursday Adventure fodder.  In fact, it's inspiring me to dig up my old (pre-digital-camera) pics from Australian adventures my husband and I shared in the past...trips to Uluru and Kata Tjuta, canyoning in the Blue Mountains, exploring the Queensland rainforest, etc.  Just gotta scan the pics in.

In the meantime, here are a few links to posts elsewhere that I found interesting this week:

Posted by Courtney Schafer at 11:41 AM 3 comments:

Email ThisBlogThis!Share to TwitterShare to FacebookShare to Pinterest
Labels: Australia

For today's adventure, I'm heading back to the lovely Austrian Alps.  A little while ago I shared pics from an ascent of Pyramidenspitze, which is part of the Zahmer ("tame") Kaiser.  There is also a Wilder Kaiser.  As you can imagine, my husband Robert and I were quite keen to explore those peaks.  Unfortunately the weather was too iffy for an actual peak ascent: cloudy/rainy with possibility of  thunderstorms.  So instead we set out one misty morning to climb the Eggersteig route up the Ellmauer Tor, which is a pass in the midst of some nicely rugged peaks.  The Eggersteig route has some steep 3rd-class portions and snowfield crossings, but like most popular routes in the Alps, any tricky sections have cables bolted along them.  We figured if the weather got truly bad, we could make a quick and easy retreat.

Before you start the Eggersteig route itself, you first climb up a nice easy trail to the Stripsenjoch saddle, where a full-service alpine hut offers coffee, apfelstrudel, and other delicious pastries.  (My husband LOVES being able to get hot coffee and strudel in the middle of a hike.  I have more ambivalent feelings - I mean, so much for the wilderness experience! - but on the other hand, the germknödel with vanilla sauce I had on this hike was pretty damn tasty.)


Posted by Courtney Schafer at 6:59 AM 3 comments: 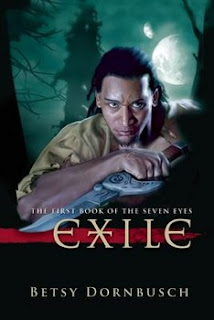 One of the interesting parts of authorhood is that you occasionally get asked if you're willing to read an advance copy of another author's novel and (assuming you like it) provide a promotional blurb.  This can  be a little nervewracking if you happen to know and like the author as a person.  What if you don't like their book?  I can't speak for other authors, but I don't want to recommend a book unless I genuinely enjoyed it.  Of course, since there's usually a deadline of some kind for providing the blurb, you always have the fallback of saying, "I'm so sorry, I got swamped and couldn't read the book in time."  (This works because in many cases it's the perfect truth.  If someone had asked me for a blurb during my frantic final push to finish Tainted City, I'd have begged off for exactly that reason - I had no time to sleep and eat, let alone read other people's books.)  Still.  If you like the author, you're really hoping you don't have to pull that card.

So now you know what frame of mind I was in when I got asked to read Betsy Dornbusch's Exile.  I'd met Betsy a while back through Rocky Mountain Fiction Writers (we're both members), and knew her to be a funny, friendly, generally awesome person - but I hadn't yet read any of her work.  Thankfully, it didn't take many pages of Exile before my trepidation melted away.  I'd meant to only start the book - read a few chapters and go to bed (it was late one night after I'd finished my own wordcount for the day).  But Exile is quite the fast-paced ride, and I got far too involved in the story to put the book down.  I zoomed through the entire thing in one sitting.  Stayed up a bit too late to finish, in fact, but I didn't regret a minute of it, even when my preschooler leaped out of bed at his usual horrendously early hour the next day.  (Seriously, you know a book is good when you as a parent sacrifice sleep to read it!)  Here's the blurb I gave for the book afterward:

“Necromantic magic, deadly political intrigue, and a reluctant hero torn between his duty to a foreign queen and his desire for revenge…Betsy Dornbusch’s Exile kept me reading into the wee hours of the night, breathless to find out how Draken’s story would end.”

So, yeah: I liked it (hooray!!!).  I don't want to spoil the plot, because it's got some nice twists and turns, but if you're looking for a fast-paced fantasy with some neat magic and intriguing characters (my favorite was the necromancer Osias - I'm hoping he shows up again in book 2!), you're in luck: Exile officially releases today.  (Congratulations, Betsy!).  You can buy a copy (print, audio, or DRM-free ebook).  As for me, I'm going to Betsy's launch party at the Tattered Cover bookstore tonight, so I can buy my very own signed copy and be just as enthusiastically supportive as she and the book deserve.

Posted by Courtney Schafer at 9:52 AM 4 comments:

So I'd planned to continue showing off pics of the Austrian Alps this week, but something's come up - or down, rather.  Specifically, a whole lot of fat white fluffy snowflakes.  That's right, serious snow has come to the Colorado mountains at last (after a horribly dry early winter) and I intend to ski the hell out of it.  Which means instead of writing blog posts, I'm digging out powder straps and tuning skis and stretching and generally getting ready to have an awesome weekend.

But I don't want to abandon my faithful few blog readers completely, so I've got three quick things to share: first, a bit of internet news; second, a spoiler-free teaser for The Labyrinth of Flame; and third, a photo from one of my favorite mountain ranges in Colorado (can't do a Thursday post without some wilderness content, right?).

A while back everyone was passing around this "7 lines" meme, in which writers share 7 lines taken from either page 7 or page 77 of their manuscripts.  I finally caved and shared some lines on Facebook - although I did 8, not 7, because I'm too OCD to leave off the last line of the paragraph!  Anyway, I realized I'd never posted them here...so, here you go.  A spoiler-free 8 lines from page 7 of the first draft of The Labyrinth of Flame.  (First draft, remember.  Who knows, these lines may change entirely before the final.)

“Khalmet wasn’t so kind to a pair of footsore prospectors, this trip,” I said.  Kiran shifted.  I couldn’t see his eyes, hidden as they were by his hair, but irony was plain in the slant of his mouth.  Yeah, he must think that one hell of an understatement.  Likely he believed the god of luck’s skeletal bad hand was permanently fixed to his shoulder, dooming him to disaster.  Me, I wasn’t sure.  Some might think my very survival these last months a miracle signaling Khalmet had favored me with the touch of his good hand, not his bad one.  Then again, chances were good the gods just meant to save me for a fate horrific beyond all imagination.

I love the San Juans of southwestern Colorado.  They're far more rugged than the ranges close to Denver, full of jagged peaks and crenellated ridges.  They're also far wetter, which means gorgeous displays of wildflowers in the summer and vivid aspen in the autumn.  It also means some truly epic thunderstorms.  This pic is from an attempt on El Diente in which we were turned back by thunder at 10am (this after we'd gotten up at 3am to drive to the trailhead from our campsite near Telluride, and started hiking at 5am...oh well!)  El Diente's one of the more challenging 14ers to climb, and I look forward to making a second attempt one day.