A brief update and a book round-up

Poking my head up from revisions to share a couple quick things:

Audible has bought the rights to publish The Whitefire Crossing and The Tainted City in audio format! Release dates are TBD - I'll share them when I know them.

The Tainted City was listed over on Staffer's Musings as a "must read" book for the fall: yay! Nothing better for motivation/inspiration than hearing someone wants to read the book you're working so hard on.

My reading pace has slowed to a crawl now that I'm spending most of my scant spare time on revisions, but I haven't stopped reading entirely...and man, I've read some good books lately.  When I start up my little Monday book rec posts again after I finish my final draft, I'll do more to highlight the ones I particularly loved, but here are a few quick thoughts on what I've read recently:

Range of Ghosts (Elizabeth Bear): LOVED this. Took me a little while to fully get into the characters (in the early chapters I felt oddly emotionally distant from them, which surprised me since it hasn't been my experience with Bear's writing in the past).  But the fascinating worldbuilding more than made up for that early distance, and by the end I was firmly in love with the characters too. I'm salivating for the next book in the series (Shattered Pillars, out in March 2013).

The Killing Moon (N. K. Jemisin): I had heard great things about this one, and I'm delighted to say it lived up to my (high!) expectations.  I liked Jemisin's Inheritance trilogy but didn't quite fall in love to the same extent many others did - but this one hit all the right notes for me.  Characters, worldbuilding, and plot were all excellent. Looking forward to reading book 2 (The Shadowed Sun), which is already available.

The Black Opera (Mary Gentle): as a singer (albeit choral, not opera), how could I resist a novel in which musical performances can create miracles?  A really fun ride, with a bunch of appealing characters and a seriously epic climax.  I did find some of the philosophical dialogue a little heavy-handed in nature, and I had some quibbles with the ending, but none of that got in the way of my enjoyment of the book.

The Straits of Galahesh (Bradley P. Beaulieu): Sequel to Beaulieu's debut novel Winds of Khalakovo, even more chock-full of complex politics and world-building.  Formal in style, but that works very well with the Russian-inspired culture of the Landed; and many scenes are quite emotionally affecting (especially those involving the origins of the akhoz).  Like Winds, the novel rewards the patient reader - Beaulieu does a terrific job of pulling disparate threads together for a thrilling finish.  I'm looking forward to the conclusion of the Lays of Anuskaya trilogy next year.

Posted by Courtney Schafer at 7:42 AM No comments:

Email ThisBlogThis!Share to TwitterShare to FacebookShare to Pinterest
Labels: Book Rec, Range of Ghosts, The Black Opera, The Killing Moon, The Straits of Galahesh

The Joys of Book Boyfriends

Want to know what kinds of characters I crush on in SFF, and who my most recent Book Boyfriend was?  Head on over to SF Signal, where in this week's Mind Meld post I join a bunch of other excellent SFF folks in talking about our literary crushes.

The quiet here continues, as I'm deep in revisions on The Tainted City.  Book rec and Thursday adventure posts are on hiatus until at least July, I'm afraid.  Though I'm also in the process of organizing a pretty cool online multi-author event for July...details soon to come!  And for anyone attending WorldCon in Chicago on Labor Day weekend, a gang of Night Shade authors (including me!) are holding a sequel to last year's Night Bazaar party - come  join the fun on the evening of Friday, August 31st.  Free food, free books, great authors...who knows, last year's scorpion lollipops may even make a return appearance.  Trust me, it's not a party you want to miss!


Posted by Courtney Schafer at 4:55 AM No comments:

Sometimes patience is so hard as an author.  You get good news and you're bursting to share it, and then you have to wait for ages until all the legalese is worked out before you can shout from the rooftops...I tell you, as an excitable person, waiting is very hard for me.  But at last I can share some news I'm totally over the moon about: German publisher Bastei Lübbe has bought the German-language rights to The Whitefire Crossing!

I'm particularly excited about this since my husband and I actually speak German.  Or rather, he speaks German very well, and I can comprehend/read it and muddle through in conversation.  My husband is Australian, but his mom emigrated from Austria and his dad from Germany, so he grew up in a little German-speaking community in Sydney.  When he and his sister were kids, his mom took them on several long visits to the little village in the Tyrolean Alps where she was raised - that's where he first learned to ski.  He still has many relatives there; in 2005, he and I went on a 3-week trip to Austria and I got to meet some of them.

His Austrian relatives don't speak any English, so I learned as much German as I could before the trip.  (I love languages.)  I figured a spoken-word approach would be best, so I bought an audio course, the same one used (at the time) by the U.S. State department to train their people.  The CDs really worked, thanks to their use of native speakers who spoke at normal conversational speed right from the beginning.  When we went to Austria, I had no trouble understanding people so long as they spoke in "high" German (as opposed to the Tirolean dialect, which even my husband has trouble with!).  The only problem was one I should have anticipated in advance: diplomats use über-formal German.  The course didn't even cover the informal verb forms until the last CD...and sadly, I did not get that far before we left!  So when Robert's lovely relatives would tell me, "Oh, please use "du" with us", I had to say "I'm so sorry, but I don't know how to speak informally!"

Austria was beautiful - particularly the Alps!  We did so many gorgeous hikes and peak climbs.  Like these:

We also got to sing in the Innsbruck International Choral Festival, performing the Mozart Requiem at the Innsbruck Congress Saal Tyrol.  The whole experience was wonderful.  My husband and I really want to go back to Austria again, and this time visit Germany as well.  Our toddler just needs to get a little older!  In the meantime, I'll get to practice my German by reading my own book - what a trip!

Posted by Courtney Schafer at 10:13 AM No comments:

Email ThisBlogThis!Share to TwitterShare to FacebookShare to Pinterest
Labels: The Whitefire Crossing 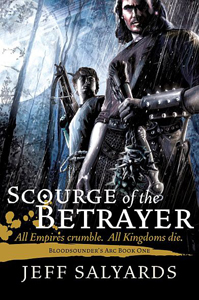