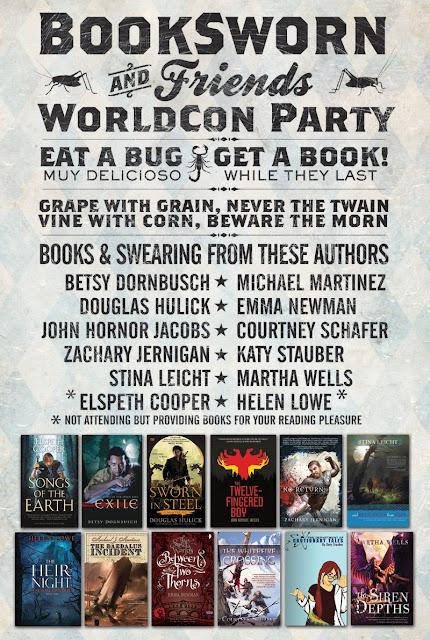 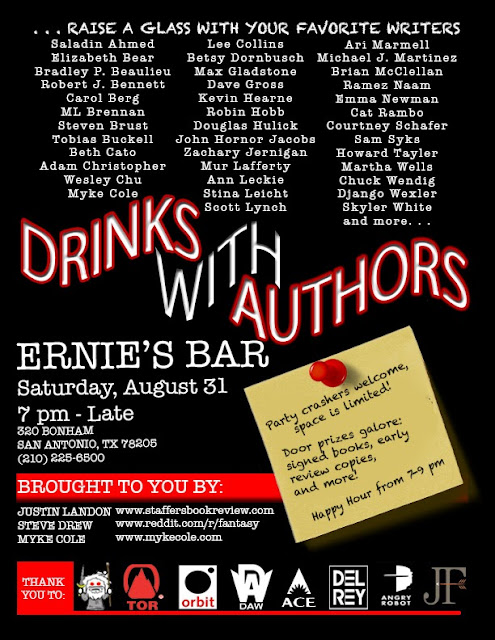 That's it for the official stuff!  Otherwise, I'll be hanging around, attending panels, maybe doing an impromptu AMA over at the Reddit r/Fantasy fan table, and having a generally terrific time.  If you're at WorldCon and you see me in the hall, please, say hi! I love meeting new friends.
Posted by Courtney Schafer at 4:14 AM